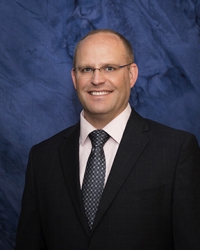 The Wisconsin Towns Association is excited to announce JB Systems as the “exclusively endorsed” provider for town websites!

Town officials are familiar with the WTA Recommended Service Provider Program. Through this program we thoroughly vet town service vendors and determine if they provide the product quality that prompts us to recommend them to gown governments. It’s like an “Angie’s List”, and much like Angie will put her stamp of approval on multiple plumbers, we will often recommend multiple providers of the same service.

The WTA also has the Exclusive Endorsed Provider Program. On rare occasion, through this program we choose to recommend a single provider of a particular service. JB Systems is only our second ever exclusively endorsed provider! By exclusively endorsing them, the Wisconsin Towns Association is communicating to town and village officials that we feel JB Systems is the best of the best. They are the Green Bay Packers of football; the 1980 Men’s Olympic Hockey Team, and the 1999 Women’s Soccer World Cup Team – all in one. If your town needs a website or would like to revamp an existing one, we feel that JB Systems is by far the choice you should make. There is no second place.

You are likely wondering who JB Systems is and what assets they possess that influenced the Wisconsin Towns Association to exclusively endorse them. We’ll get to those in a minute, but first let me ask a favor of you.

Over the next 6 months, JB Systems will be collaborating with the WTA to accomplish a number of tasks leading up to an early autumn launch of their services for towns. A few of those tasks include: developing the WTA website; holding focus groups with town clerks to determine what is needed to make great town websites; developing several website models; and collaborating with WTA to create the most appropriate pricing/quality structure. Both JB Systems and the WTA want to get this right, and that will take some preparation time. So, if you are thinking about developing or updating your website, I would ask that you wait for 6 months and take a look at JB Systems. I’m 100% confident you’ll like the engine under the hood.

Who Is JB Systems?

JB Systems is a home grown, Eau Claire, Wisconsin-based and nationally-recognized web, graphic design and database engineering company that specializes in developing eye appealing, high functioning, easy-to-use, cost competitive websites. They have been in the business nearly 20 years, almost since the inception of the internet. Their 17+ developers and designers work in downtown Eau Claire and have been awarded 40+ American Web and Graphic Design Awards since 2011. In 2008, they were recognized in Entrepreneur Magazine as one of the Top 10 Most Dependable Website Developers in the Central United States. Even better, in 2017, CIO Review Magazine tagged them as one of the top 20 most promising web development countries in the entire country.

Certainly the many aforementioned awards are impressive. It truly shows JB Systems practices DWYSYWD – do what you say you will do. They told customers they would provide an exceptional product, and they obviously did exactly that. You don’t get to be top 20 in the country if you don’t.

But, there were a plethora of factors besides awards that drove our decision to exclusively endorse JB Systems.

First, in government we have to be exceptionally careful about security. For those of you that attended District Meetings, you heard me talk about a Wisconsin village that was recently hacked, had their finance and election information stolen, and was forced to pay a ransom to retrieve that data. In considering security, we wanted to make sure JB Systems wouldn’t make a town work with foreign workers. They won’t!

Many web development firms enhance their profit margins by exporting American jobs to foreign workers. Those workers are often not vetted and seldom visited by the American based company to see if they have the character and integrity towns deserve.

We also wanted to ensure server security and back up. Well, they have all kinds of fancy stuff described with five dollar words that won’t burden you with. But, I will say they harden already high security servers with additional software and apply Triple Layer SpamAssassin. Yeah… I just wanted to write that. Seriously though, this is high security. They use the same off-site servers (you want multiple sites to cover you in case of disaster) as Bose Speakers, the Chicago Tribune, and Campbell’s Soup’s projects. In fact, JB Systems’ servers outperform servers leased by Amazon!

Second, they are not a one person shop. With the invention of a software called WordPress, almost anyone who is a little computer savvy can become a website developer. After WordPress hit the market, the number of one person web firms exploded. Here’s the problem with a one person web firm, – what happens if they go away tomorrow or, unfortunately, an accident occurs? What are you going to do now? JB Systems has several employees. If one person goes down, there are many more waiting in line.

What’s wrong with that?

Let’s say you have a calendar on your website. In an open source format, the calendar was likely developed using something called a plug-in. That same plug-in created a calendar on thousands of websites throughout the world. The coding behind that plug-in is the same in every instance. This creates an environment of never-ending plugin updates and a constant requirement of website owners to keep them up-to-date. We wanted to present a solution (and user experience) better than that.

Open source formats are fast, easy, and cheap, but we feel plug-ins are risky. JB Systems customizes that coding for your website.

Fourth, JB Systems provides out of this world customer care. Yes, they will provide great customer service, but our opinion is that they will care for you much like you care about local government and democracy. If they didn’t, they wouldn’t have a 95%+ retention rate among their clients. And to top it off, if you have a question, the person you talk to will have a familiar northern Wisconsin accent.

Finally, JB Systems is cost competitive. I’m sure you’re dying to know how they can be cost competitive when they are a top 20 company in the country. And, you are probably itching to know the prices. Let me say this, the power of bringing 1,000+ potential customers comes with some pricing advantages that WTA has leveraged. As for specifics, I hate to keep you on the edge of your seat, but that’s for another day. In the meantime, if you’re planning anything regarding your website, as my Mom used to say, I’d ask you to please hold your horses until the early Fall.