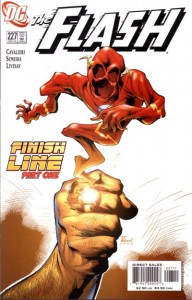 Is Flash Going To Survive?

There’s a tremendous amount of debate happening in the tech world over Adobe Flash, its role in website design, and its future as a leading technology.

Adobe Flash was a great way to bring sexiness and interactivity to the web. Animations, cross-fades, “motion tweens” and a bit of music brought a new level of entertainment to the web – and even brought on its own industry of “Flash Banner Ads” that accompanied thousands of websites across the globe.

So where is Flash today? From our perspective at JB Systems, Flash has a very limited role for the web. Current industry analysts and trade journals we subscribe to are telling us that the in the next decade, more mobile devices (such as iPhones, Droids, Blackberries, iPads, NetBooks, etc) will be on the web than actual personal computers. Apple has taken a progressive stance against Flash, and does not support it in their mobile devices (iPads, iPhones, iPod Touch).

Now, we don’t necessarily take every decision “Apple” makes as true testament to our calling, however it’s a pretty gutsy move to make. But taking the time to look over WHY Apple has made that decision brings some interesting points to mind that most companies should consider. I’ve summarized some important notes below:

Performance Issues and Battery Life
Using the new HTML5 Standards, H.264 encoded videos play faster and consume 50% LESS BATTERY than viewing a video using the standard Flash Video Player. This has to do with technicalities in the encoding / decoding process of the video, but the simple fact is that Flash requires more processing power to decode videos and therefore more juice (battery power) to do so.

Reliability and Security
According to Apple, Symantec recently announced that Flash had one of the worst security records in 2009. Instead of progressing, Flash’s security models and cross-domain models make it more cumbersome and difficult to handle security.

Mobility
To quote a recent documented written by Steve Jobs, “…Flash has not performed well on mobile devices. We have routinely asked Adobe to show us Flash performing well on a mobile device, any mobile device, for a few years now. We have never seen it.” As more and more users begin to their daily website surfing on mobile devices, any Flash-based content you have (all of which no doubt contain important messages about your business) will not be seen, seen well, or even supported.

Touch
It comes as no surprise that Apple is leading with the way with touch, and Multi-Touch® technology. Device makers such as Palm, Motorola, and Google have followed suit. Millions of Flash applications rely on Mouse-based actions, such as “Roll Overs” and those actions aren’t supported on these new devices. What does this mean? The Flash app, or banner, needs to be re-written to accommodate. Well, if it needs to be re-written, why not use new technologies such as Javascript and HTML5?

So, where does JB Systems stand?

JB Systems is taking the stance of using Flash, in limited fashion, for our websites. We have recently seen NEWLY developed website using complete Flash-based headers – including the website’s navigation, thus rendering the site useless for a good chunk of mobile phones. More advanced technologies, such as jQuery and other Javascript libraries offer animation and functionality that mimic (or even perform better) than Flash. As a new standard, beginning in June of 2010, all videos supported by JB Systems will be offered in two formats, HTML5 using the H.264 encoding or by embedding a Flash player. We will, however, wait until the majority of web browsers (eh hem, eh hem Microsoft … ) adopt HTML5 and streamline it as only Google’s Chrome and Mozilla’s Firefox have adopted it.

“Flash was created during the PC era – for PCs and mice. Flash is a successful business for Adobe, and we can understand why they want to push it beyond PCs. But the mobile era is about low power devices, touch interfaces and open web standards – all areas where Flash falls short.” – Steve Jobs.

Until next time … thanks for reading! Post any comments below – we want to hear from you!!